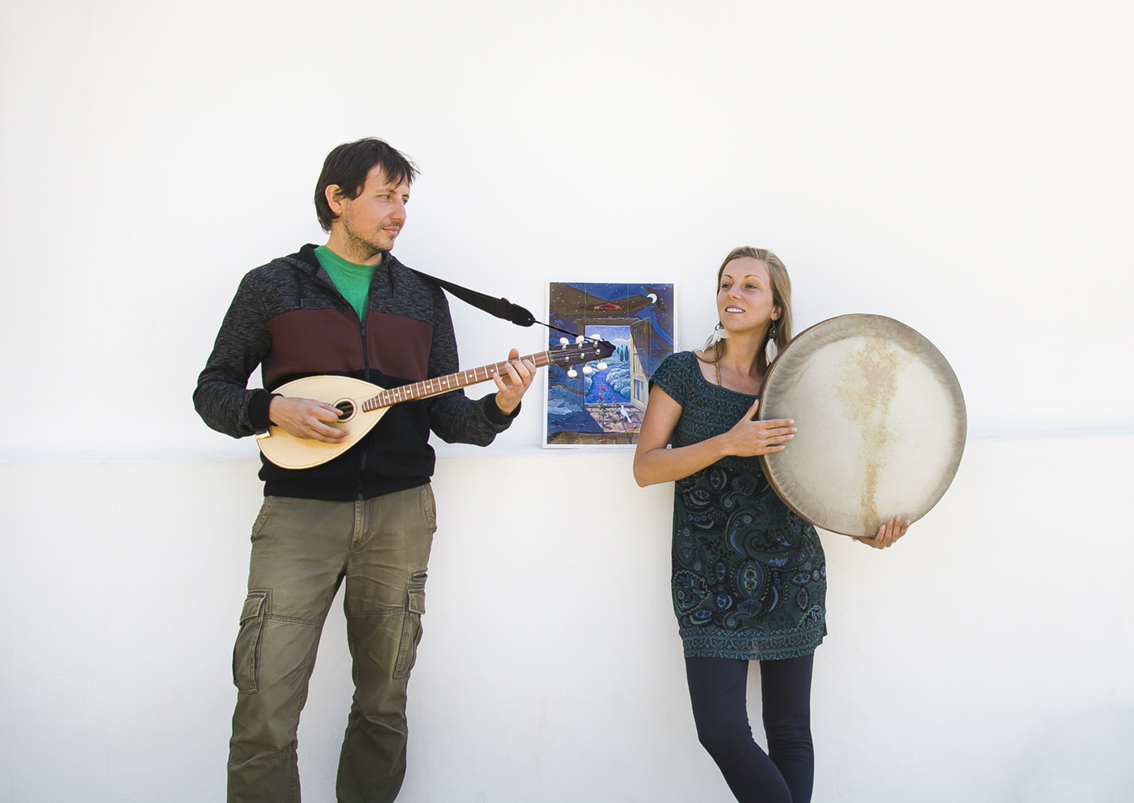 The Flying Nomads are a Balkan music duo living in the Rhodope Mountains of Bulgaria. Kristina and Daniel create music for the soul that helps reconnect with yourself, nature and the ancient.

Bulgaria, at the border between Europe and Asia, has a wealth of ancient traditions and natural beauties. Imagine walking in a natural paradise like the Rhodope Mountains, home to a stunning wilderness, beautiful blue water lakes, dreamy meadows and ancient temple complexes. Here, would start your journey with the Flying Nomads. Their recordings, video clips, and other productions are an invitation to put more nature & roots in our life.  In a fragmented and noisy world like ours, the regenerative music they create and perform is like a soothing caress, barely touched, and delicately scented.

The duo draw their influences and inspiration from various sources, including the rich musical heritage of Bulgaria and the broader world of modern music. They perform in the nature, on the street, at people’s homes & at various music festivals and gatherings. They’ve performed at bigger Open air  & Medieval festivals as well as more intimate gatherings like Cacao ceremonies, retreats & art gallery openings.

Kristina is a professional photographer & herbal remedies creator. She traveled the world, where the Middle East and the Indian subcontinent mostly influenced her life and works, studying percussion and various forms of local music traditions. The main instrument she plays is the Daf – a frame drum with rings originally used in the rituals of Sufism. Inspired by the “invisible” world, Kristina also creates deep space and meditation music, where you can also hear her playing the Sitar,Ukulele, Guitar and other instruments.

Daniel has a background in many fields, but he perceive himself mainly as a musician. His interest to music starts since he is 6 years old. When he is 16 he realized that string instruments are what he wants to play and started to study classical guitar. Very soon his curiosity led him to another genres and another musical instruments the last one of which is Bulgarian tambura. Exactly that instrument he use in Flying Nomads. He started music academy and this is another thing that he is passionate about.